I spent such a wonderful night in the lodge. The only person in the lodge, I piled on heaps of blankets from the other beds, set up my mosquito net, and felt like I was on some childhood adventure. In the morning, I had a hard time figuring out where I was in the first moments. I stood up and looked out the window to see a group of female Nyala sneak by, pause, alert, knowing someone or something was watching.

Muzeyen, my guide, came to fetch me for breakfast. We feasted on local bread, a thick tasty triangular slice called Ambasha, scrambled eggs, and metmeti - the local red pepper spice. Perfect bulk for a day long ride. The rain subsided and we headed over to the fields just west of town to fetch our horses. Muzeyen was excited to show me a project he has implemented to deal with some of the water pollution problems in the park. He has taken a grant from a tourist who visited and built a place for women to wash their clothes out of the river. It is like a cement trough using diverted water. He has the system set up so that the water is filtered through natural plants and sand before it reenters the river. This is to cut down on the phosphorus load to the river. There are many problems in the park coming from human encroachment. There are people illegally harvesting bamboo, using the water resources, grazing their animals. The park guides and scouts know about the activity, but there is little that they can do in the face of lack of federal or local governmental support.

I tried out the wooden saddle with a pad over the top, and though I had doubted this would be tolerable, it was more than tolerable and off we went. We set off across the Gaysay Plane, the place I had passed through the day before that had so much wildlife easily visible from the bus windows. Initially we passed many locals on their way to market. This is largely a Muslim area, so the clothing styles are very different from other places I had traveled, like Sodo. I was fascinated. I noticed that men and women wear headwraps and ride on horseback, not seen as much in the Walayta area. Lots of local people were passing by on their way to the Saturday market. It felt invigorating to be out on horseback on such a beautiful blue sky day! 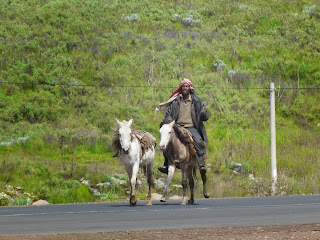 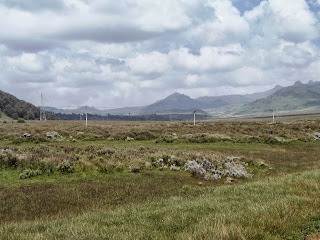 Within the first moments, I saw many types of birds including the Wattled Ibis and Egyptian Goose, also various little birds too quick to photograph and raptors. One raptor we watched consume a snake! We continued for hours through the Plane and then to a large gorge with waterfall. We came upon herds of Nyala and Redback. Because it is "spring" here, we came upon males competing for a harem of females. The males butted heads and the females looked on bemused. When we came upon them, they stopped and stared and then started. We took a picnic lunch and forded through a river. The horses never hesitated. 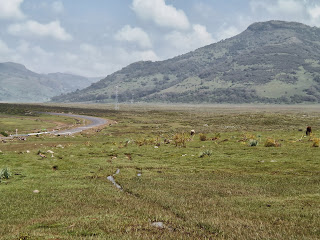 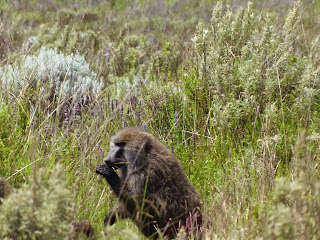 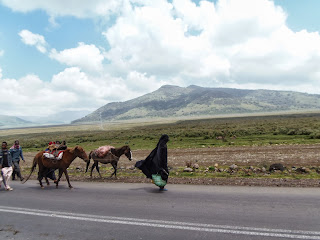 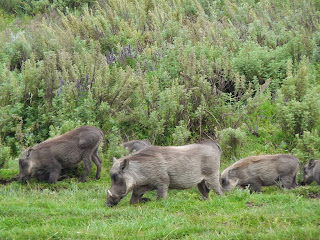 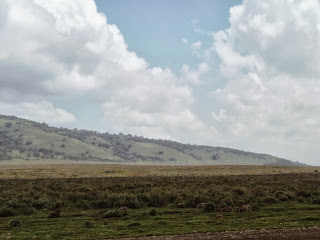 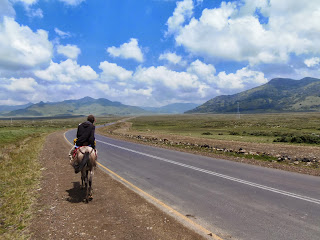 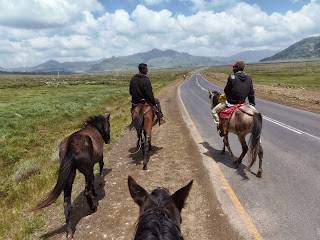 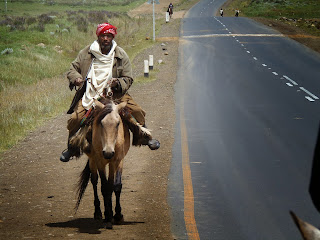 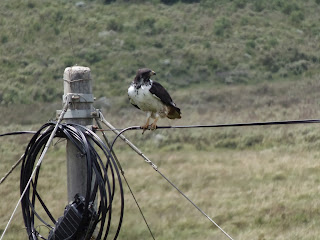 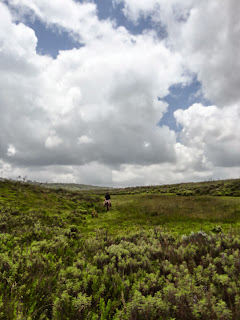 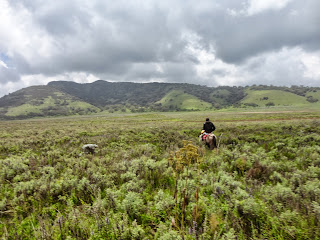 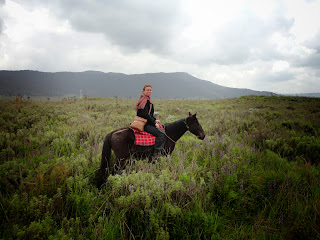 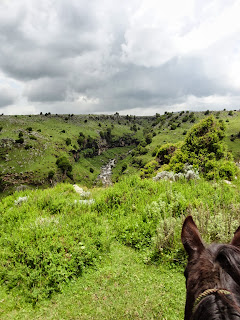 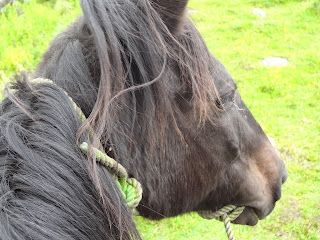 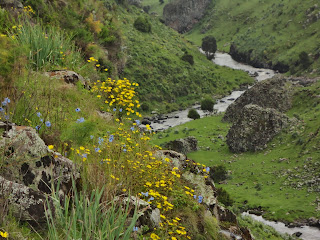 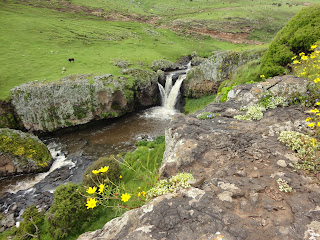 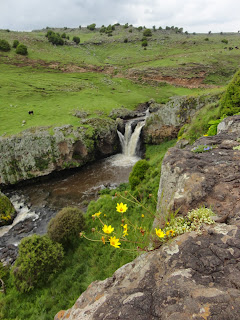 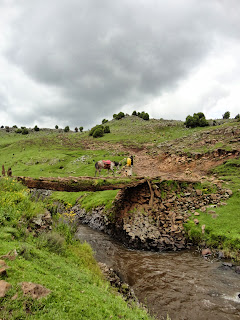 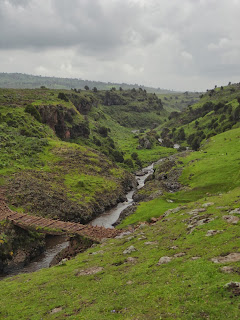 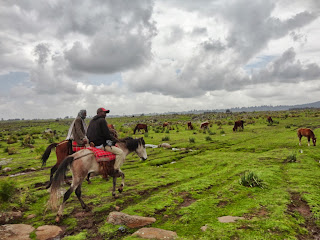 Finally at the end of our ride this man came up to speak with Muzeyen, and I asked why the horses are hobbled. Apparently, the horses in this area are hobbled to keep control of them when they are young and then to give them a specific gate. The ride was definitely smooth, and as I looked I noticed the scarring on the horses legs telling of rope tied to hobble them. The man then wanted to ask me how I liked the Bale area.  I love it, I responded. He said if I love the place, I am welcome to some land there. We had a lovely exchange of pleasantries and after he left out, Muzeyen told me the guy was dead serious. Land had been granted to a French woman in the same way one year before. She is presently building a tourist lodge on it.