Ethiopia and Laos, PDR, the two countries that I conducted research in for my dissertation, are on the United Nations Least Developed Countries list. This is a list collected on the world's poorest economies. Sometimes the countries change. This can be due to a few reasons. A country's economic or development efforts pay off and they "graduate" from the list. A country descends into conflict either intrastate or interstate. A country experiences bankruptcy due to the global economic system turning its back or recalling loans. A country is taken over by a crazy person. Or a new fledgling country is born and hasn't gotten it together just yet. South Sudan was just added to the list.

The authors of this figure, Alvaro Cuervo-Cazurra and Mehmet Gene, break down the LDCs as follows:

The Least Developed Countries, which represent about 700 million people, have to fulfill 3 parameters to qualify for this list:

Political geography, global economics, and chance should not dictate quality of life for anyone. 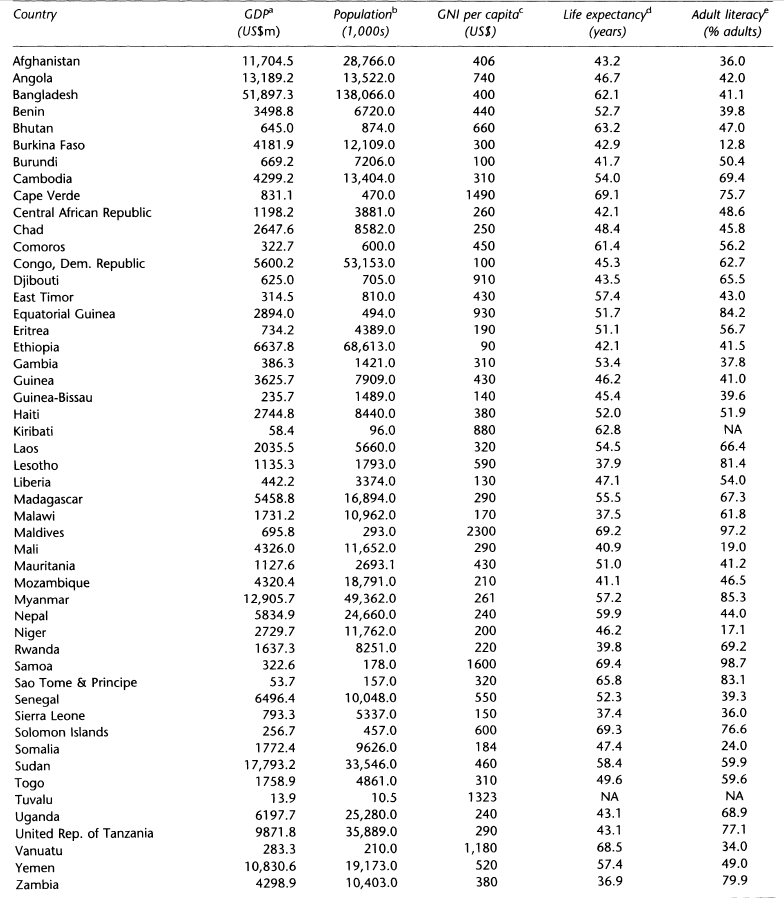