Working on a US river basin is proving to be the opposite of my usual problem of not enough data - I am practically drowning in it! The Center for Research on the Changing Earth System, CRCES, out of Maryland that has conducted research on the Missouri River Basin's water security vulnerabilities related to climate change. Their webpages contain useful information about the basin that I am examining to include in our water security threats and vulnerability assessment related to development (DAPL in specific). The page has some useful maps, reports, papers, and other resources worth checking out if you are interested in a better understanding of the basin.

Up front, the page tells us that the Missouri River Basin accounts for almost half of all the wheat production and more than a third of cattle production, valued at over $100 billion USD in 2008, the year we had an economic crisis.

I'm also finding a slew of interesting maps of the Basin. This one from the US Army Corps of Engineers shows just how big the basin is over the landmass of the United States - unfortunately the mapmakers cut the watershed off at the border - it actually covers territory in 2 Canadian Provinces as well.

Another map from the US National Oceanographic and Atmospheric Agency (NOAA) highlights where likely flooding will occur in the basin due to effects of weather and climate events. 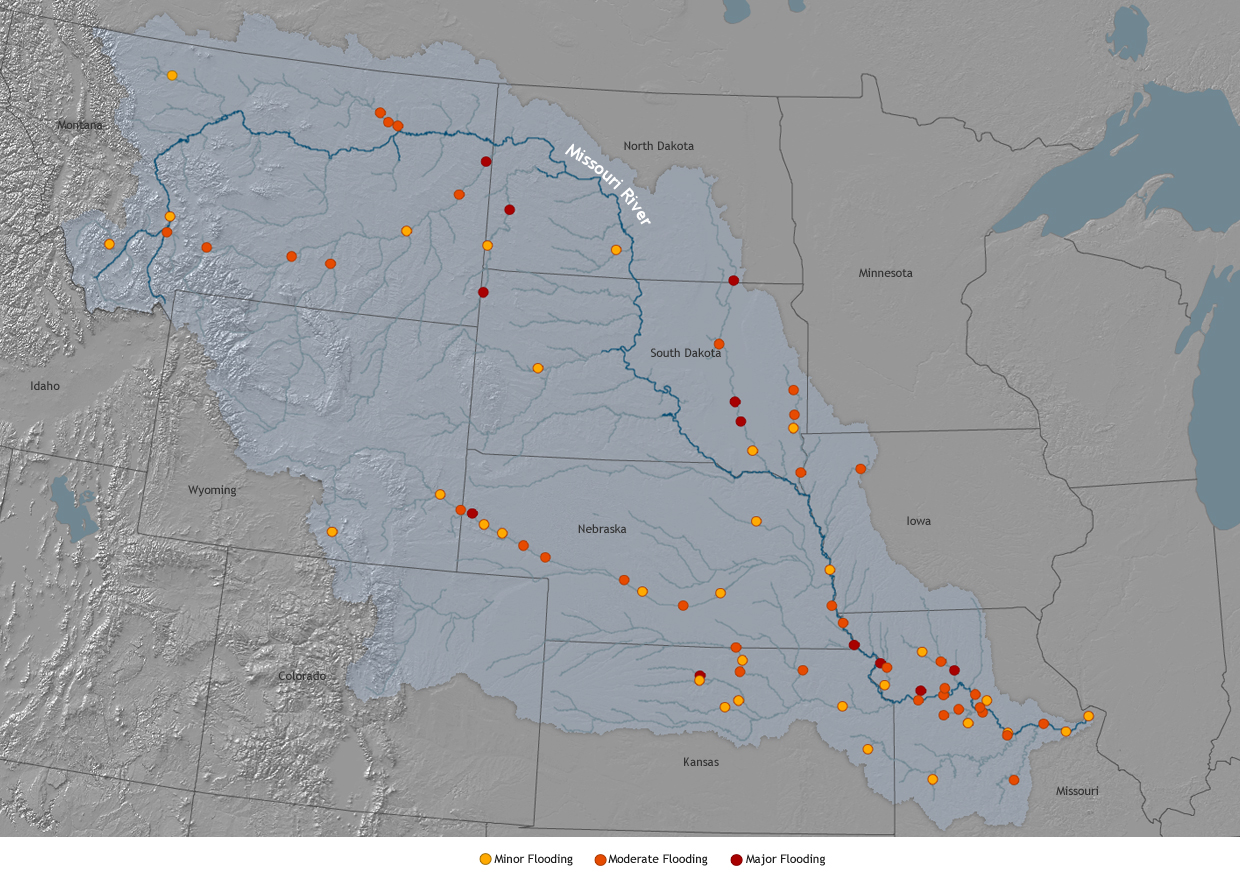 The Missouri is the longest river in the United States and connects into the Mississippi - which makes a hydrological connectivity that reaches the Gulf of Mexico. This is demonstrated in the complex but all inclusive map of the Mississippi River Basin from Wikipedia.

This map from the Kansas Department of Agriculture (I did not know that individual states had departments of agriculture before now) highlights the 6 main reservoirs along the Missouri operated by the Army Corps of Engineers and also that the water in the river is an important resource for Kansas City residents.

And the World Resources Institute classifies stressed river basins - they include the Mississippi (in which the Missouri lies) as moderate to high water stress.

And finally, for this post, a map of the average flow of rivers across the United States (note the basins all end at the border for political reasons, not natural reasons) from the offices of well-known water security scholar, Peter Gleick.