The Mekong River covers territory in six countries in SE Asia and runs the length of Laos and Cambodia, two of the least developed countries in the basin. The Xayaburi Dam development project in Laos is an example of development plans now being realized on the Mekong. The reason for the timing has to do with the shift in global economics that allows for alternate sources of funding, energy demands in neighboring countries, decades of relative peace, and the influence of the Millennium Development Goals, and general development aims of the basin countries.

Below are two political maps: the Human Development and Human Security Indices of the Mekong River basin, by country. The countries, though Lao PDR, Cambodia, and Myanmar are all on the UN Least Developed Countries List and they score last in the rankings of both maps. The analysis of the individual maps can be found on the maps themselves.

*Please contact me if you want printable versions of these maps. 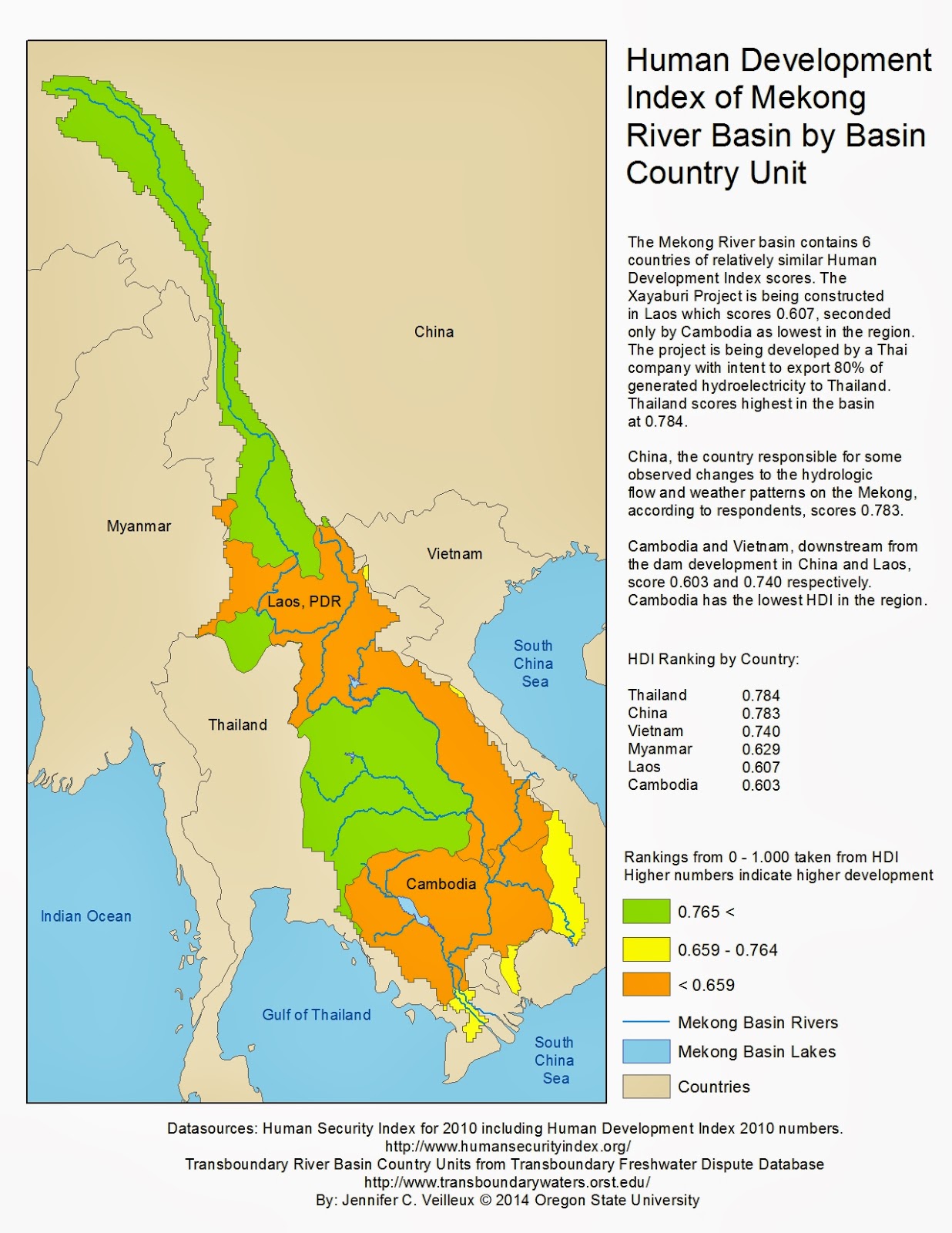 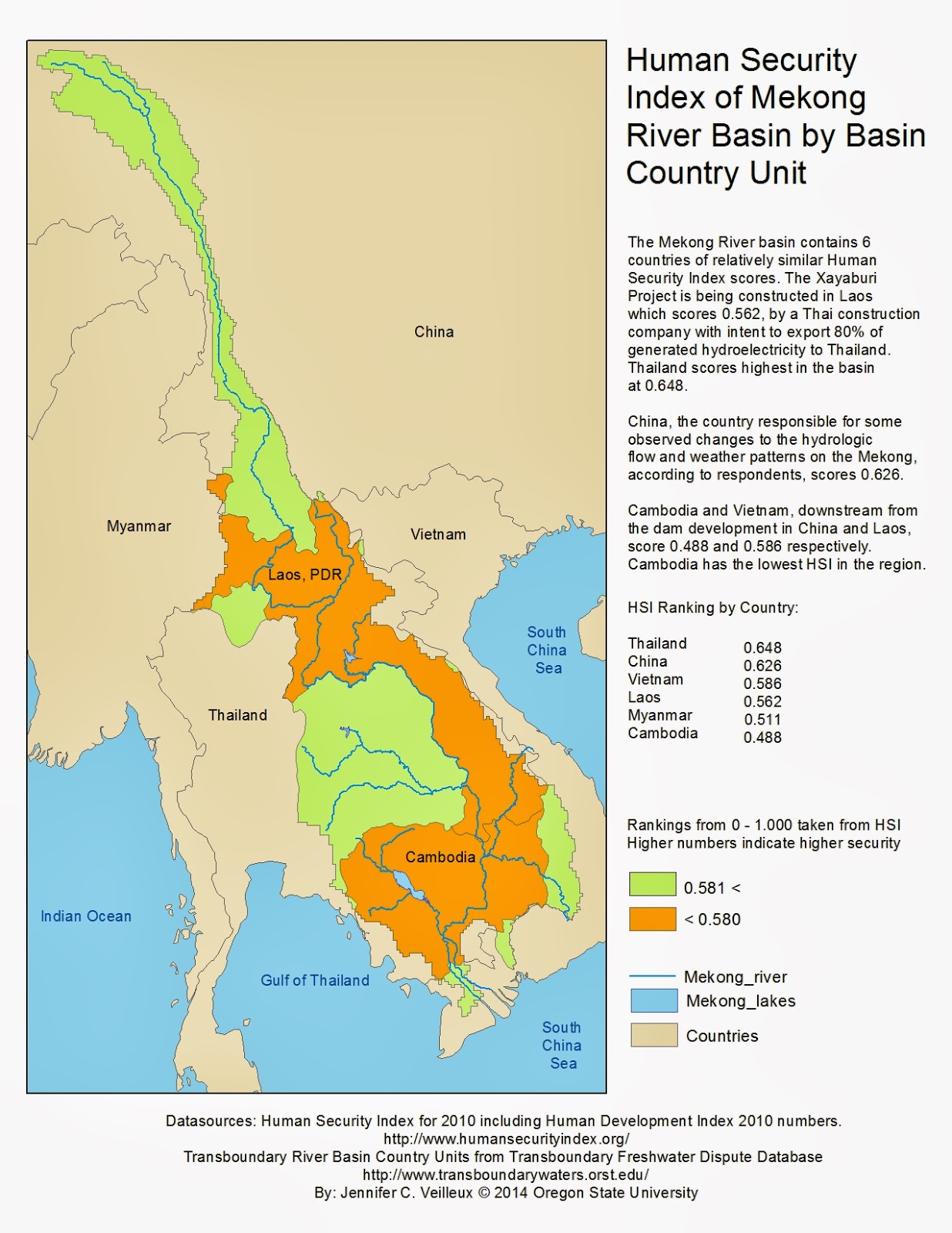 The international community living and working the Mekong basin are relatively against the idea of damming the wild stretches of the Mekong River. Everyone is quite careful to sidestep the issue of upstream Chinese storage dams on the Mekong. China is not transparent with water use, storage amounts, and is not openly cooperative with Mekong River development. They are not a cooperative partner in the Mekong River Commission, a vestige of anti-communism efforts from the West prior to the Indo-China Wars. The MRC, as it is known in the basin, has a different face today. The Commission collects scientific data and produces some beautiful reports. They serve as a platform for communication between the "Lower" Mekong member countries of Laos, Cambodia, Vietnam, and Thailand. Myanmar is out of the picture, but with recent shifts in economic policy and tourist industry, this may change. The MRC also holds the development wishlist of the member countries and advises on development issues.

The Xayaburi Dam is controversial for what it represents, moreso than the dam itself. Development of resources for economic development. In fact, Xayaburi gets more attention than the upstream cascade of planned and dams under construction by Sino-hydro or the lignite plant that will destroy the environment for miles being constructed right near to the Xayaburi construction site. From my trips around the Laos countryside, I'd say the country is in a bit of an advanced state of exploiting natural resources - huge shaved mountainsides, illegal wildlife trade at the market, in excess of 30,000 traps in the forests on the border with Vietnam. Laos has only 6 million citizens. Most of these folks live by farming or hunting, fishing, and gathering from the forest. The mining of Laos' natural resources is thanks to neighbors China & Vietnam (and now Thailand is in the game with the water project). Political will of the Lao government also plays a part, but the government is left with a choice - remain in poverty and allow citizens to suffer malnutrition and illiteracy, or develop the population through trading the natural resources.