I haven’t written much about my research, though that is part of the objective of keeping this blog. I arrived in Addis about 7 weeks ago and my research objective at that time had several components:
1)      To establish connections with officials and experts in Addis in order to collect about 25 interviews at the national level.
2)      To gain permission to enter the dam site and conduct interviews in the region.
3)      To connect with researchers at the main university, Addis Ababa University, in the hope of including them in my field work or research somehow.
4)      To gain an understanding of the general issue of the dam in Ethiopia.
5)      To figure out logistics for field work and how to live and operate in Ethiopia.
6)      To study Amharic language.

I waited to write about the research project until I actually had something to share. As circumstances are when you travel, things can connect in a myriad of complicated, and surprising, but very helpful ways. I attribute this to the Divine guiding the way as long as we are open and flexible. I have also had to trust strangers, and though most of this time this yields great results, it can also backfire, so I have to learn to be more discerning in the future. In regard to my objectives…I bagged the idea of learning such a complicated language in such a short period, and although I have gained permission to access the dam, I am still working on gaining permission to speak with the people who will be relocated because of the dam.
Deciding to stay with the Franciscans when I first arrived was a very wise choice, as from there I started my Addis Ababa network. Within about 5 weeks of arriving in Ethiopia, I collected the first half of the interviews for my research, successfully traveled to the dam site with the project manager, and located a translator of Gumuz language.

My design calls for about 25 interviews at the national level (with officials) and 25 interviews at the local level (with stakeholders). The interviews I’ve conducted thus far are of the former, and have included employees of the Ethiopian government, UN, and other international development agencies, professors at Addis Ababa University, and members of NGOs, or as they are referred to in Ethiopia, civil society. I have also spoken informally about the dam project with taxi drivers, cooks, teachers, nurses, park guides, priests, students, and just about anyone here as it turns out this dam may be the important project in Ethiopia. Drawings of the dam appear on billboards around Addis. This became more prevalent after the late Prime Minister Meles passed away, as it was largely his push that started this project.

Ethiopians are paying for the project themselves and almost the entire working society has contributed some portion of their salary, usually one month’s worth, to help build the dam. They are publicly pledging to do this a second time now, after Meles’ death. What I have found so far is that although this dam is about development, in Ethiopia and the East Africa region, also the dam is just as importantly about national identity and an Ethiopian renaissance.

The challenge in working on any politically charged issue, really anything related to water, is in finding the right path to conducting research safely and effectively. In the case of Ethiopia, there is a very complicated system of official permissions that I am still in the process of obtaining in order to continue my work on the local level. The region where the dam is being constructed has about three checkpoints for access with federal police. I cannot just move about freely and as I am a guest in this country, I should not expect to. I am not a journalist looking for a scoop, but an academic looking to get a thorough understanding of a phenomenon. I am very pleased with how open and friendly the Ethiopian government has been in my requests to have access to information surrounding this very high profile project.

An example of how things move: I wrote about some of my Sodo experiences in a previous post. One of the days while in Sodo, Abba (meaning Father) Ayele and I went to an official Meles funeral. We were seated with the authorities in a special section and I can write about what being up on stage in front of 100,000 grieving Ethiopians is like some other time. At this event, Abba Ayele introduced me to a manager of the construction firm, Salini. This guy had just delivered a diplomatic speech at the event and was being ushered to a car and back to the dam site of Gibe III (a controversial dam being constructed in Ethiopia on the Omo River). As we were walking in this throng of people from the stadium, he passed on the phone number of an employee of the government run Electric Power company in Addis. When I returned to Addis, I phoned this young man and he met me for coffee. He explained that in order to have permission to enter the dam site, I should approach the CEO of the company and ask, providing him with a letter of explanation from my university. That same day I decided to do just that, as I felt in a rush to make sure I got some data in the case that things got too chaotic politically with the death of the leader. I went to the head offices of this power company, went up to the CEO’s office and spoke with his secretary. I provided my letter. At first she said she would pass it on and I was dismissed. I said I preferred to wait. We then engaged in some small talk as she worked. Some 15 minutes passed. She then got up to check if he was in his office. He was, and she gestured for me to enter. For the next 45 minutes we had a very engaging conversation. He strikes me as a brilliant man and felt inspired in his presence about the future of Ethiopian development. I was totally floored when he not only said he would give me the appropriate permissions, but wanted to arrange and sponsor my visit to the dam with the project manager. A week later, I did just that.

Over the interim week I met with several other employees of the company to learn more about the overall national energy strategy, and then the project manager, Engineer Semegnew. He explained that he would arrange everything and that we should travel after the Ethiopian New Year. So that is how I found myself flying to the Assosa, the nearest town to this megaproject, then traveling over dirt potholed roads through vast amazingly beautiful landscape and (forged through) rivers for 3 hours, with the lead engineer and project manager and the Ethiopian Television crew. I stayed on location for 4 days and I saw firsthand how much work has gone into just one year’s worth of construction. There is no question that the Ethiopian government is building this dam. I had access, through this visit, to the remote and beautiful Blue Nile river valley, and saw the Ethio-Sudan borderlands. I also had the opportunity for walks in the hot humid afternoons to look at the super diverse array of birds. But what I didn’t have was access to speak with the local people.

Arriving in Ethiopia with a weak initial network, I have been able to regardless move quickly to finish all of the official level interviews I am interested in collecting to this point. I am totally appreciative that things have gone this way. The idea was to gain an understanding, through the general trends of answers to 7 questions I developed about the dam. The returns were, what is called, saturated, by the 11th or so interview. I was at first disbelieving, but after confirmed and interested to find that out of all of my interviews, not one person in Ethiopia that I have met objects the dam. This dam appears to transcends politics, age, whatever and reaches into the hearts of Ethiopian national identity.

Addis Ababa from the air 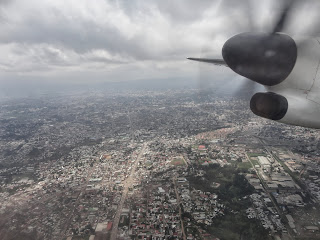 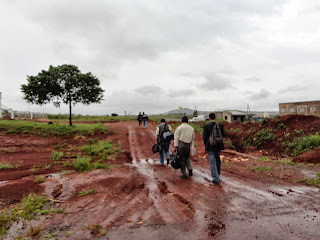 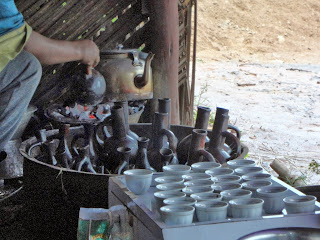 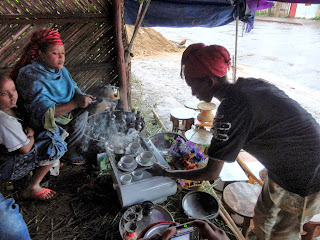 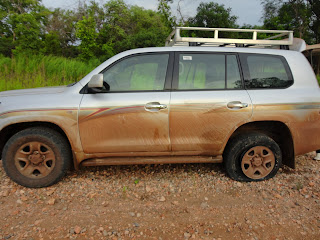 the road for three hours 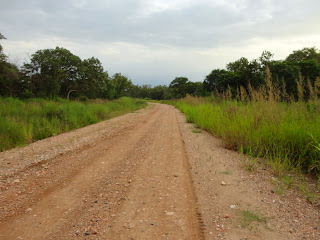 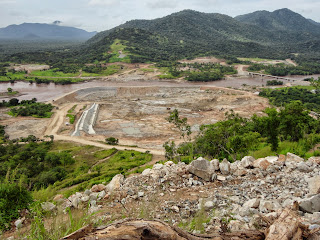 The Blue Nile Valley that will be flooded for the reservoir 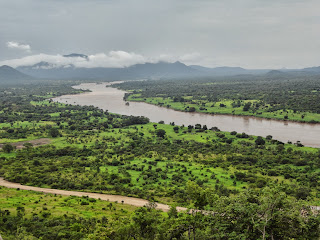 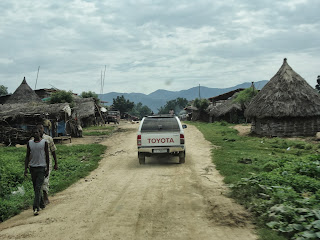 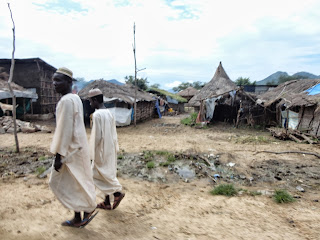 New bridge across the Nile river downstream of the dam 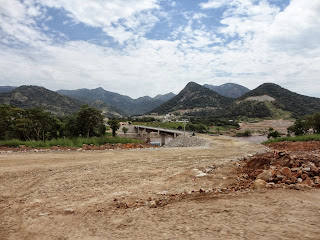